Step 2: Reject What is Clearly False 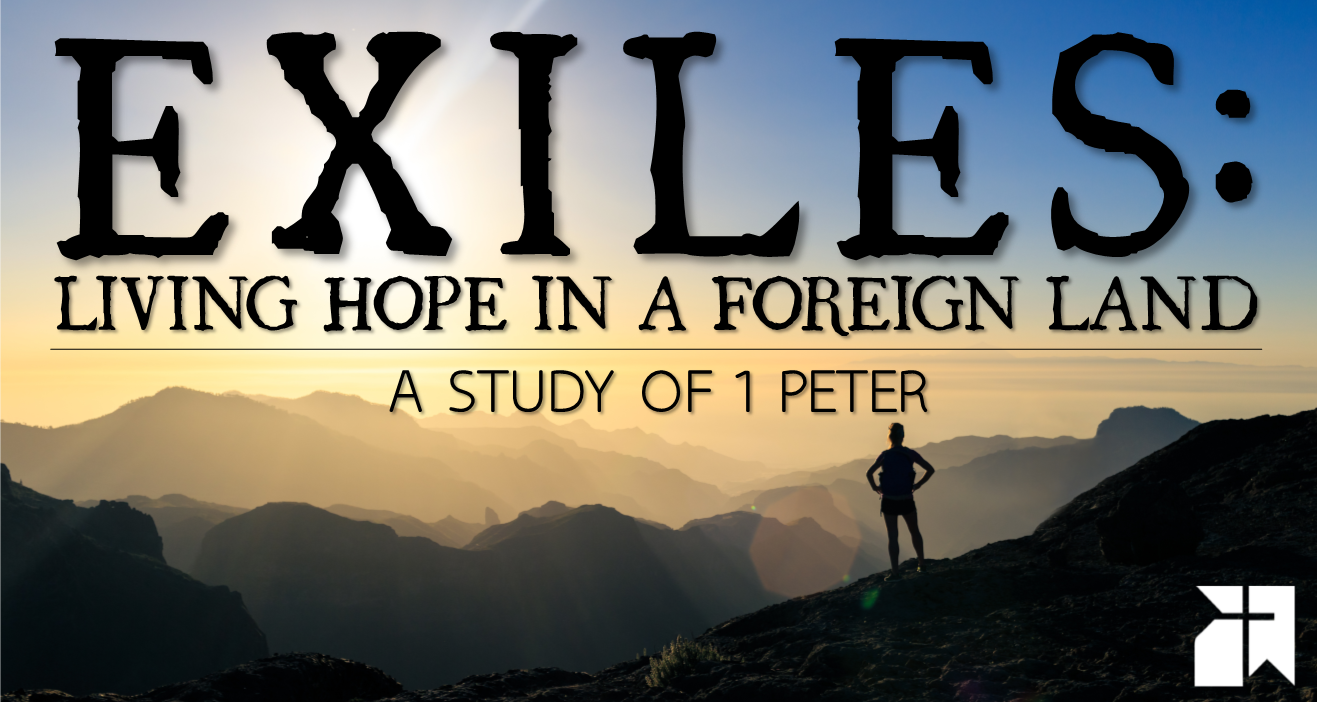 Monday on the blog we introduced 1 Peter 3:18-22 as one of the most confusing and difficult passages in the entire New Testament. Our goal this week is to study this passage as an example of how to rightly handle difficult texts. Yesterday we explained Step 1—we must begin by affirming what is clearly taught. Today let’s examine Step 2—we must reject what is clearly false.

But on what basis do you decide what is and isn’t impossible? What’s the plumbline by which you decide what is crooked and what is straight? For the Christian, the answer must be God’s Word. So if anyone tries to teach something from this passage that contradicts the clear teaching of God’s Word, it must be rejected.

Throughout Christian history there are at least two false teachings that have tried to use this passage for support. Both are serious errors because both deal with how a person can be saved.

A.   There are no second chances after death.

Some try to use this passage to teach that after death there is a second chance for salvation. This idea comes from verse 19, which says Jesus “went and proclaimed to the spirits in prison, (20) because they formerly did not obey, when God's patience waited in the days of Noah.”

Aha! Some say. After He died on the cross, Jesus descended into hell and preached to people in hell, giving them one more chance to repent and believe! While it may be comforting for some of us to imagine that Jesus gives the dead a second chance, that is not what this text teaches for several reasons.

Peter didn’t say Jesus descended. He “went” somewhere, but Peter does not say that Jesus “descended.”

Peter didn’t say Jesus went to hell but to prison. Those in Peter’s day had a bunch of different words to describe the place of punishment for the dead—Hell, Hades, Tartarus, Sheol, Gehenna, the abyss, the lake of fire, the outer darkness—but nowhere does the New Testament use “prison” as a synonym for hell.

Peter didn’t say Jesus spoke to human beings, but to “spirits.” The word “spirits” was used in the New Testament and elsewhere (1 Enoch) to refer to evil supernatural beings, but never to dead humans.[i]

Peter didn’t say Jesus invited people to repent and believe. There is a New Testament word for “preach the Gospel,” but that’s not the word Peter uses here. He uses a word that the ESV rightly translates as “proclaim.”[ii] It can be used to describe evangelism, but it can also be used to describe the proclaiming of an announcement.

Perhaps most importantly, the idea that Jesus was giving these spirits in prison a second chance contradicts the Bible’s clear teaching in Hebrews 9:27—"It is appointed for man to die once, and after that comes judgment.” If we were given another chance after this life, why would Peter spend so much time telling Christian exiles to be faithful and holy during suffering and pain? Wouldn’t it be easier to just give up, give in, and get right later? Unless there is no later.

Here’s what this means for us practically: if you’re not a Christian, don’t assume you have more time. The Bible is clear, “today is the day of salvation (2 Corinthians 6:2).” Don’t presume you’ll get another chance, friend. This may be your last opportunity. Don’t let it slip away.

If you’re a Christian, don’t assume that there will be another opportunity for your loved ones after death. God has sovereignly put you in their life today so that they can hear the Good News today.

Christian, we must reject the false idea that we get a second chance after death. But there’s another false teaching that some try to prove from this passage.

B.   We are not saved by our baptism.

Some try to use this passage to teach that we are saved by baptism. It’s not hard to understand why. Look at verse 21, “Baptism, which corresponds to this, now saves you, not as a removal of dirt from the body but as an appeal to God for a good conscience, through the resurrection of Jesus Christ.”

Alright Peter, what are you talking about? Do I have to be baptized to be saved? If someone trusts Christ on their deathbed must they be baptized to be truly saved? Are infants who die before they’re sprinkled condemned to hell? Can we live however we want, provided we’ve been baptized?

Sadly, these ideas and more have been taught by some both past and present. But that’s not what Peter means. In fact, if you look carefully at the passage Peter tells you that’s not what he means. He says baptism doesn’t save you by cleaning you up. Look again at verse 21, “baptism . . . saves you, not as a removal of dirt from the body.” The waters of baptism cover over the entire body, but they cannot clean you. Peter has already told us what cleanses us. In 1 Peter 1:2 he says we were elected by God the Father “for obedience to Jesus Christ and for sprinkling with his blood.” In 1:19 he says we were ransomed “with the precious blood of Christ, like that of a lamb without spot.” It is the blood of Jesus, not the waters of baptism that cleans us.

It’s confusing at first that Peter says that baptism corresponds to the story of Noah and the ark. How are these stories connected? It is because there’s water in both? That may be part of it, but the connection Peter wants to make is much deeper. Did the ark save Noah, or did God save Noah? You know the answer. Noah wasn’t saved because he built a boat. He was saved because God was merciful! The building of the boat was just the outward demonstration of Noah’s faith in the God who saves. Baptism works the same way. It is not the waters of baptism that cleanse us from our sin. Baptism is simply the outward demonstration of the believer’s faith in the God who saves.

There’s more we could say, but for now our job is to reject these false teachings. At PBC these are first-level issues. We believe that to go wrong here is to misunderstand the Gospel. So before we move on, we need to ask ourselves, do we reject these false teachings? Which of them is hardest for you to reject? Are you willing to submit to the God’s Word and reject what is false? If not, why not?