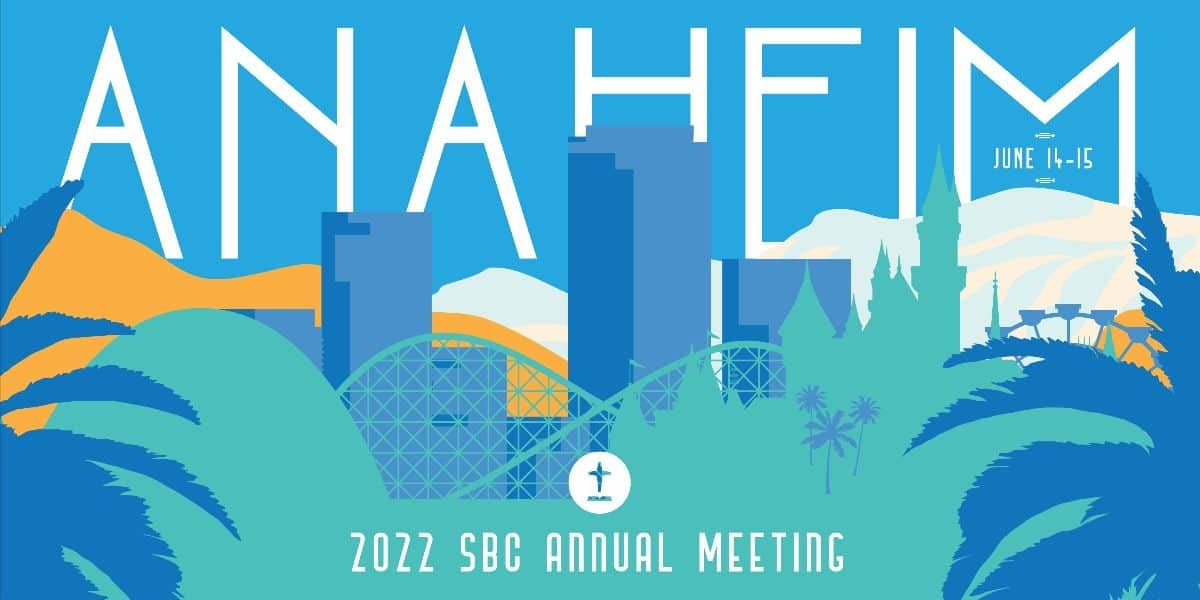 I am a lifelong Southern Baptist. As early as I can remember my home church in rural Ohio was taking up a special offering named after some lady named Lottie Moon to support missionaries with what was then called the “Foreign Mission Board.” I have attended two Southern Baptist seminaries and served on staff at four Southern Baptist Churches, pastoring two of them.

But it’s only been in recent years that my involvement in the SBC has risen to the level of participation in our Annual Meeting. I am deeply grateful to my brothers and sisters at Poquoson Baptist Church, whose faithful giving has made my involvement possible.

Much like last year, I came away from the meeting both discouraged about some things and hopeful about others. So here’s my take on what was good, what was bad, and what remains uncertain.

Despite the ubiquity of bad news about the SBC, there are many things that were encouraging about this year’s meeting.  Here’s just a few:

A Statement in Favor of Church Discipline

In the midst of debate on a resolution related to sexual abuse, a messenger proposed an amendment stating that Southern Baptists should follow Jesus’ clear instructions on how to deal with sin in the church (Matthew 18:15-17). The amendment clearly articulated the importance of church discipline as Jesus’ method for dealing with sinning church members. It was encouraging to see this amendment overwhelmingly supported by the messengers.

Early this year PBC was approved for membership in the Pillar Network, a network of SBC churches committed to planting and revitalizing healthy churches marked by expositional preaching, biblical church leadership, meaningful membership, and more. Amidst the discouraging moments at the meeting, it was highly encouraging to communicate with Pillar Network pastors about the happenings at the convention. There are many churches and pastors among the SBC that still value the things we value at PBC.

Although travel delays kept me from being involved in the pastor’s conference that precedes the annual meeting every year, I was blessed to hear the convention sermon on Wednesday morning. Pastor Juan Sanchez of High Pointe Baptist Church in Austin, Texas (one of our Pillar Network pastors) preached a powerful sermon on Ephesians 4:11-16 about how God uses His Word to shape His people to look like His Son. This sermon was a clear and powerful exposition, brimming with application on everything from the need for Southern Baptists to embrace expositional preaching through books of the Bible to personal encouragement for every Christian to be disciple other believers. I told some friends afterwards that if even a quarter of Sanchez’s sermon sinks into the hearts of SBC pastors, we may see a genuine revival in our churches.

On Tuesday morning, the International Mission Board commissioned fifty-two men and women to take the Gospel all over the world as missionaries. Many of these men and women were traveling to hard places to work among unreached people groups. The Lord of the harvest is still sending laborers into His harvest!

On a discouraging note here, it was insightful that for the second year in a row the only single missionaries we sent were female. Now don't misunderstand me. Praise God for faithful single ladies willing to take the Gospel to the nations! But where are the men? It seems to me this is indicative of a broader problem among men in America, be they Christians or not. Many young men are struggling, and couldn't imagine the self-sacrifice and passion for the nations that full-time mission work would require. This is an issue that should concern anyone who cares about the next generation.

These days it's not hard to find bad news about the Southern Baptist Convention. Thankfully, much of this press is overblown. But not all of it. The truth is, there are things that happened this year that are frustrating and discouraging. Here's just a few:

The Credentials Committee and Saddleback Church

Southern Baptist polity is a bit complicated, partly because our predecessors have labored to construct a denomination that doesn’t supersede the authority of the local church. That said, we still need some structure to govern different denominational entities, and to ensure that things are done decently and in good order. One of those structures is a group called the Credentials Committee.

The Credentials Committee's job is to consider questions about whether a church is in “friendly cooperation” with the Convention. When a question arises about a specific church, the committee investigates and then reports back to the convention.

Last year in Nashville, a messenger made a motion that the SBC disfellowship Saddleback Church (led by pastor Rick Warren) since they had recently installed women pastors. This is a clear violation of our statement of faith, The Baptist Faith and Message 2000, which states: "While both men and women are gifted for service in the church, the office of pastor is limited to men as qualified by Scripture."

The Credentials Committee really blundered this assignment, recommending that the messengers approve the formation of a "study committee . . . to report to the Southern Baptist Convention annual meeting, June 13-14, 2023, in New Orleans, Louisiana, a recommendation providing clarity regarding the ‘office of pastor’ as stated in the Baptist Faith & Message, Article VI, the Church..."

Almost immediately after the recommendation was made, Dr. Albert Mohler came to a microphone to speak against this approach. If you're interested, you can watch his important remarks here. In a convention that is divided about many things, it was insightful to see how quickly and overwhelmingly the messengers expressed their agreement with Dr. Mohler's concerns.

Thankfully the Credentials Committee withdrew their recommendation, which is good. But, it remains to be seen how they will respond to this issue in the months ahead. I suspect the issue of churches with female pastors will be a major topic of discussion at next year's Annual Meeting.

A "Love Letter" from Rick Warren

As messengers were debating the issue above, pastor Rick Warren from Saddleback Church came to a microphone to speak to the issue. He began claiming that he would not defend himself, but ended up speaking for about six minutes in what amounted to a brazen self-defense. Even though he claimed to be reading a "love letter to Southern Baptists," Warren spent most of his time boasting about his achievements as pastor of Saddleback Church. Although the numbers he shared were impressive (even if some of them seemed almost unbelievable), they do not eliminate the very real and serious disagreement between Saddleback and most Southern Baptist churches.

Warren concluded by saying Christians shouldn't bicker "over secondary issues." But the fact of the matter is, who can be a pastor is an issue where Southern Baptists must agree. If we don't agree here, our partnership means very little because we don't agree on the nature of a pastor or a local church. This was, perhaps, one of the most cringeworthy moments in the entire convention, and it was sad to see a small percentage of Southern Baptists so easily persuaded by an emotional appeal to big numbers and pragmatic results.

Although we can and should praise God for any good fruit that's come from Rick Warren's church and ministry, we dare not contradict the clear teaching of Scripture for the sake of "results."

Perhaps one of the most frustrating things that characterized the meeting was the high degree of suspicion and mistrust among messengers, especially towards SBC leadership. A vocal minority of Southern Baptists are highly concerned about things like CRT, a "woke" agenda, a "liberal drift" within the denomination, and more. These messengers were often uncharitable in the ways they interacted with SBC leadership.

Yes, there are issues within the SBC. But despite the loud protests of a vocal minority, there is no real evidence of systemic or widespread liberalism in the denomination. Southern Baptists continue to affirm key doctrines like the inerrancy of Scripture, the exclusivity of Christ's atonement on the cross, and the primacy of the local church. Southern Baptists continue to oppose things like abortion and the LGBTQ+ agenda, although we may disagree on how best to combat these and other evils in the culture. There is no evidence of wavering on these or other central issues. Southern Baptists would do well to believe the best about one another, to treat each other charitably, and to abstain from judging one another's motives.

Perhaps the biggest question mark coming out of the convention is "what does it mean to be a Southern Baptist church?" Is it enough to agree on the Great Commission and have a doctrinal statement that is similar to the Baptist Faith & Message 2000? Or should Southern Baptists agree on matters like who should be a pastor? Should we require churches affirm and adhere to our doctrinal statement, or will we settle for loose affiliation? The truth is, there are many churches within the SBC orbit (including Saddleback) that act contrary to the BF&M 2000. Do Southern Baptists have the courage and conviction to insist on a close adherence to our confession of faith? If not, I see little long-term hope for the denomination. If yes, I believe our greatest days may be ahead of us. The answer to these questions will likely come when Southern Baptists meet in New Orleans next year. Be praying for conviction, courage, and clarity in the days ahead.