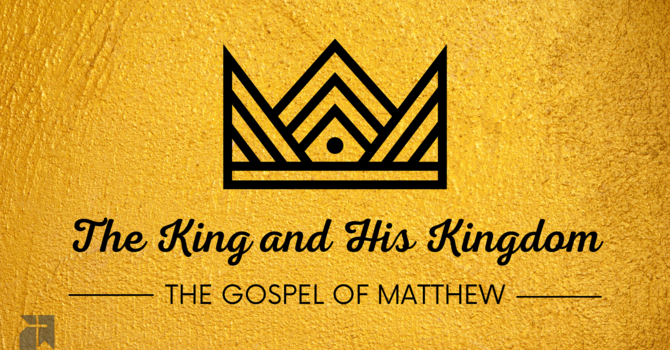 Most of you know that I am a native of central Ohio and therefore a big fan of THE Ohio State Buckeyes. I’ve been privileged to watch the Buckeyes win two national championships in my lifetime, once in 2002 and once in 2014 (two more than Michigan has won during that time period).

In a way that’s a good picture of most kingdoms. In the great span of history, they don’t really last that long. Kings come and kings go. But Matthew wants us to know that the kingdom of Jesus is different. “The book of the genealogy of Jesus Christ, the son of David” (Matthew 1:1).

Matthew refers to Jesus as the “son of David” almost twice as much as the other gospels put together. He alludes to David even more frequently. Why? Because without question the greatest king in Israel’s history was David. He was a man after God’s own heart, and God’s people never saw the same levels of unity and faithfulness before or after David’s reign.

Furthermore, God Himself promised that from David’s line would come a forever king. In 2 Samuel 7, God makes this promise to David:

“When your days are fulfilled and you lie down with your fathers, I will raise up your offspring after you, who shall come from your body, and I will establish his kingdom. He shall build a house for my name, and I will establish the throne of his kingdom forever. . . . And your house and your kingdom shall be made sure forever before me. Your throne shall be established forever.”

Three times we’re told that the Son of David will be a forever king. Matthew opens by telling us that Jesus is that forever king.

Some people look at Matthew’s summary and say, “aha! The Bible has contradictions!” Other genealogical records in the Bible indicate more than just fourteen generations in each of these phases of Israel’s history. Matthew new that. He was a former tax collector after all, and was likely quite good with numbers. Matthew is highlighting fourteen generations for a theological reason.

But why? In Matthew’s day, many Jewish people practiced something called gematria. Each letter was assigned a number and you would add up the numbers in a word to get a word’s numeric value. So, for example, the English word “dad” would be assigned a value like this:

Any guesses on the numerical value assigned to the name “David?” That’s right, it’s fourteen. In Hebrew, David’s name looks like this: דָּוִד. The individual letters are ד (dalet, the fourth letter in the Hebrew alphabet), ו (vav, the sixth letter in the Hebrew alphabet), and ד (dalet, once again the fourth letter). Or, 4 + 6 + 4 = 14. Matthew has hardwired into Jesus’ genealogy a major clue: Jesus is the forever king! He’s the Son of David! He’s the Promised One!

No matter who you are, you’re going to live for a king and a kingdom. The only question is, how long will that king keep his crown? How long will his kingdom last? Football crowns come and go, so do awards from work, the pleasures of sex, the joy of money (and what it can purchase), and the rewards of fame and power. There is only One King who will keep His crown. Live for Him! Jesus is the Forever King!